Mary Morgan is an experienced family, child, adolescent and addictions therapist, specializing in both individual and group therapy since 1977. A gifted speaker, Mary also has a long history of mentoring counselors and has led counseling units.

She earned a Bachelor of Science degree with an emphasis in family rehabilitation and human development from the University of Nebraska-Lincoln and received her Masters of Science in Marriage and Family Therapy from Stetson University in Deland, Florida.

Mary then moved to Memphis, Tennessee, where she became the unit coordinator and lead counselor for chemically dependent adults at Methodist Hospital. She later served as a family counselor for Charter Lakeside.

After a move to Florida, Mary worked as a women's support group and growth leader. It was then that she turned attention to sharing her expertise by delivering seminars and workshops. Mary continues to pursue that passion today.

In Florida, she spent a great deal of time working for the Seminole County Schools as a program developer for student and community programs, and a counselor for at-risk youth. While there, Mary was also a group facilitator for people with sexual addictions at the Elutheros Counseling Center in Orlando.

Mary then moved on to become the administrative director and family Christian counselor for Sanlando Methodist Church in Longwood, Florida.

It was in Longwood that Red Tent Counseling was born. After launching her new company in 2003, Mary practiced in Lincoln, NE for two years, Overland Park, KS for 6 years. Mary opened Red Tent Counseling in Parker, CO in 2015, where she continues her heartfelt pursuit of bringing hope and healing to children and families through counseling and play therapy.

In 2017, Mary also began a career as a published author, drawing on her vast counseling and play therapy experience. She has published her first book, "The Treasure of Toys" which is available on Amazon.com. 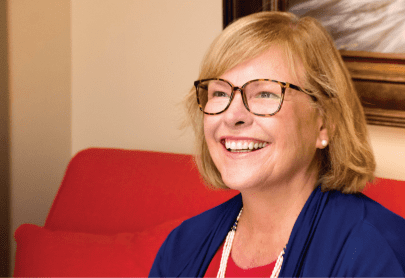 "Everyone needs love and deserves great relationships in life. I am committed to strengthening individuals, nurturing healthy relationships, and creating quality families."